Reading is life! Last year I  read so many books that I had to go through my Kindle and check out my reading list. I’m always getting free advanced copies of books for my honest opinion and these books below were so good that I paid for them. I enjoy reading all genres and lately I’ve been more into science fiction. It takes creativity that is literally out of this world! My top five books of 2016 are in no particular order and are near and dear to me.

I could not shake this book. I was exposed to the virus at first sentence and like BV 1 and 2 in this book, I had to ride this out to the end. Forget if laundry had to be done or dinner had to be cooked. My body didn’t want to do anything as if it was being held captive by the words in this book. Jackie Druga paints scenes so vividly as if this was a movie (it needs to be one) and from the moment I’m introduced to the characters I fell in love with them knowing there was a virus out there with a 100% fatality rate.

I don’t know who has the worst luck; Joel, the owner of The Ambassador Suites which is forced under quarantine after a guest checks in with a deadly virus or Amita. Amita is the scientist hired to stop this thing and cure it. To make matters worse teen pop sensation JJ Wylde is staying at The Ambassador along with the senator’s wife Ava and the Icing on this disaster cake is their contagious guest has come in contact with almost everyone. Ironically their patient zero is a spirt healer who goes around the country giving seminars.

Amita has never seen anything like BV which mutates at an astonishing rate everywhere it pops up. It starts with a cough, headache, blood shot eyes, and immediately goes downhill from there. When the CDC discovers Amita indeed does not “got this” under control they steal her wild idea of infecting patients with rabies to eradicate the virus. “Rabies can be cured.” Instead of testing her theory in a lab they label rabies as the cure which is just as bonkers as it sounds. In order to right their wrong they have to admit they’ve lost control and promise to do whatever it takes to rid the world of it even it means nuking entire cities across the country.

I always say part of being a writer is being a little mad but to write science fiction I imagine the insanity is heightened while writing it. I kept playing the “Who’s gonna survive,” game. For a while it seems like no one is safe. You know things have turned bad when the government would rather wipe their hands clean and nuke citizens than admit they were wrong about everything.

Every character is multi layered. The Canadian teen pop singer with an attitude (*cough* Justin Bieber), the aspiring wrestler who’s girlfriend left him, the housewife yanked from her house and put into a van with her three kids, and the hotel owner’s wife all try to do what the government couldn’t. Out of 242 people in the hotel they try their hardest to defeat the virus.The hope and momentum never died even though the people dropped off like flies. Contagious is one hell of a virus and you’re infected as soon as you pick it up. To think I stumbled upon this read by typing random words into Amazon. This is definitely a different kind of sci-fy and I cannot wait to read more from Jackie. 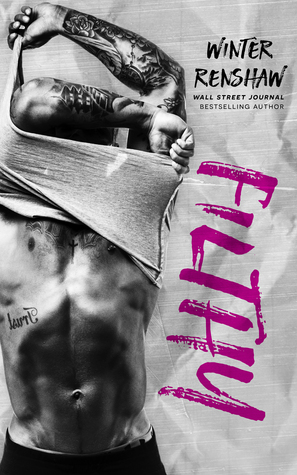 Mind you I don’t recall the first word because I was so immersed in this from the very first page. I’m invested in this family and the Rixton series. I thought that it was impossible for me to like the Rosewood family any more but I was mistaken. Renshaw manages to make me laugh and get very very frustrated. I had a love hate relationship with their fling. Zane and Deliah were made for one another. When they say opposites attract, they were talking about these two.  I love how this was more of a vacay read with such a slow pace. It all seemed so perfect because Winter seems to draw out these three dimensional characters down to every last detail. As a writer I aspire to be on that level. It’s an easy read but it’s also very addicting. You can start from the beginning of the series or read this as a standalone and you won’t be confused. It’s like Renshaw is exploring standalone books for the entire Rosewood Family and I don’t blame her because they make for great stories. If you want a great introduction to Winter Renshaw’s work check out my favorite novel by her “Dark Paradise.” It’s one of the very first stories that got me addicted to her style.

I’m a writer and as a writer as I sometimes read to procrastinate writing. I don’t know how I stumbled upon this book but I’m glad I did. I read this book in six hours and got absolutely nothing else done and I regret nothing.  Jennifer Raygoza is a literary beast! I absolutely will ready anything else she writes. Now that I got that out of my system, Nine is so complex. She’s so flawed and her perfect imperfections kept me reading. Sometimes the twists were crazy and out there but that’s why people read fiction to get away. I’m usually able to guess where a plot is going and I was not with this book. Nine is a pleasant surprise and if there’s a sequel, I will definitely read it. Trig and Nine are totally my new ship. I smiled and gasped during the six hours it took me to read this gem. Every word had value and every twist was worth my time. Finishing the book quickly was one of the worst feelings. I might just re-read it again one day and that’s saying something because there’s very few books I like to re-read. 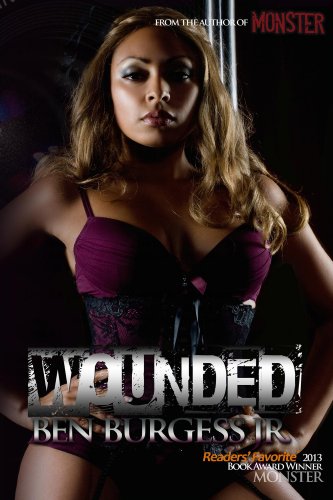 I was hesitant at first because there’s so many urban fiction books out there that are mediocre or tired and this was not one of them! It had it’s own story, a comfortable pace and style and I can tell that Burgess Jr. is comfy in his writing voice.

The main character Sam was definitely wounded and her life was a complete utter mess. I enjoyed how realistically flawed she is. I also hated her for those flaws. It’s almost like at first she was written to be the villain but you still couldn’t help but to fall in love with her character. Creating a likable villain on paper is a feat within itself.  I was a bit surprised by how her and Sash turned out and I was totally shipping them. At one point I put the book down mad at both of the characters. I couldn’t read it anymore but I also had to see how it ended. I’m glad to have stumbled upon this read. I would have never guessed it was written by a guy. The pace and descriptions are both nothing short of amazing.

I figured I’d pick this up because The 100 is on hiatus until February and it was worthy of picking it up. With Kass Morgan as the force behind this I wasn’t doubtful. One thing you have to know though is The 100 series as books isn’t quite like the show. They take place in the same world with some of the same characters and move at a much slower pace but it’s the same three dimensional sincere characters. Rebellion picks up where the last book left off and it was as if the last book never ended. I enjoyed every single word of this world that Morgan builds with these characters who were meant to fall in love with from the very first page. If you’re not familiar with the series please do pick it up. It’s as good as the show. It follows the adventures of 100 juvenile delinquents who are born in space and sent to Earth centuries after a nuclear apocalypse to see if its still survivable. To survive Earth though these delinquents must survive each other which is easier said than done. Morgan doesn’t have to put out another book but she totally should.

*My favorite book of all time is The Nine Lives of Chloe King by Liz Braswell. I’ve read the entire series cover to cover at least three times.

Also, if free books are your thing check out the Instafreebie tag on social media to discover new reads. Or you could just type random words in Amazon like I do until I find something!

When I find a book I’m the type of reader that will read it over and over again and it’s always been that way. I can’t wait to discover what I’ll read in 2017. What are you reading? Have you read any of these books? I’m always on the hunt for a new (or old) dystopian novel.