The show is based off the book series of the same name written by Kass Morgan. As someone who devoured all the books during the off season I know the show is nothing like the books as far as pace but I’m okay with it. As the seasons go on we discover The 100 go through many moral dilemmas that leave the audience questioning who the good guys are. We get attached to the villains and we cry about the death toll but we move on because the “living are starving.”

In college I had a course on ethics and leadership and we would disect scenes from popular culture and relate them to leadership styles and every time I find myself questioning right or wrong on this show I think about how perfectly poised this show is for such a discussion. Here are thirteen of my favorite quotes from the show that I’ve gathered during my solo re-watch party in preparation for the new season next month.

“Crowds don’t always make good decisions. A leader does what they think is right.”

“You only get scars once you’ve healed.” – Jasper

“A warrior does not worry about what they can’t control.”  -Octavia Blake

“You don’t ease pain. You overcome it.” – Clarke Griffin

“You say you want peace. That everything you’ve done was to achieve that yet here we stand on the brink of another war… a war you can stop.” – Clarke Griffin

“If death has no cost, life has no worth.” – Lincoln 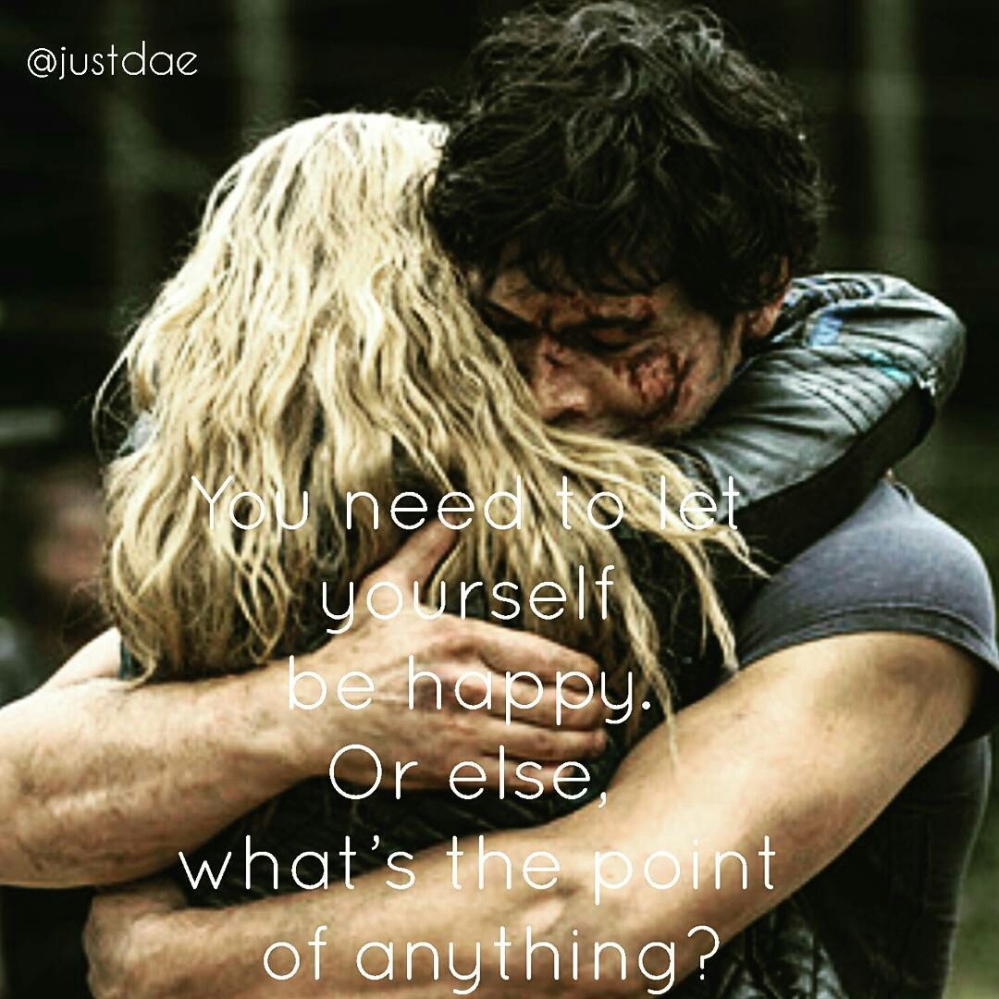 “Get knocked down, get back up.” – Octavia Blake

“Touch me again and I’ll end you. In a non-criminal way.” – Murphy

“Who we are and who we need to be to survive are two very different things.” – Bellamy Blake

The 100 returns February 1st and every year it’s worth the wait! This season the crew is dealing with a bigger problem than last season’s AI and political unrest. Season four focuses on saving the world from yet another nuclear meltdown. It’s quite obvious that these juveniles came to Earth as children but they’re a long way from space and they’re not children anymore. Watching them survive is much more fun than watching them live. Have you watched The 100? Do you have a favorite quote from the series?