I wasn’t born to see Braddock when it was booming but I plan on sticking around for the rebuild. My grandmother worked at the grocery store on the Ave, my mother attended school in Braddock before the merger, and almost every day of my childhood was spent at the Braddock Library. After living in several cities, I’ve learned that my roots are in Braddock. A once booming Steel Town is now on the rise business by business resident by resident proving that motivation is contagious. Take a look at Braddock Ave now because at this rate, years from now it won’t be same. 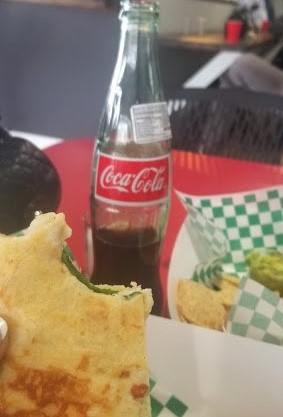 The newest resident to Braddock Ave is Brassero Grill. Although new to their brick and mortar home, they are no strangers to the neighborhood. Their food truck stayed parked outside of the Brew Gentlemen every Thursday for years. I hear great things about their tacos but I’m interested in their quesadillas as they’ve always been worth waiting for. They know consistency is key and these guys deliver every time. Recently I went to visit their new home (bringing back memories of when it was a bakery) and got the chance to try their guacamole and it was addicting. It was one of those I came for the veggie quesadilla and stayed for the guac. Ask them to put potatoes on your quesadilla and it will change your life. It’s not exactly potatoes I’m sure it’s in the potato family though. Either way, you’ll thank me. Speaking of the infamous Brew Gentlemen, do yourself a solid and stop there first as Brassero Grille is BYOB.

Located in what used to be an old hardware store is the bustling Brew Gentlemen. The Brew Gentlemen was one of the first businesses to set up shop on Braddock Ave. I wasn’t that into beers in fact, I showed up for the food truck rallies which are now a thing of the past and the more I showed up the more I explored brews that I liked and didn’t like. The quirkiness of the place and meeting people who come from all over to check out the place, always keeps me coming back. I never would have thought I’d like beer and venture away from meads until I sampled a few brews. 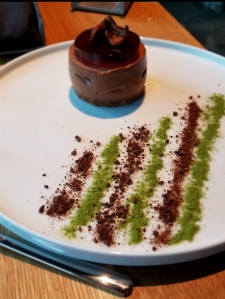 Travel a few blocks down and venture into Peppers ‘N At. The restaurant used to be a donut shop I visited on a daily before school. The now Italian restaurant serves up brews, pizza, sandwiches, and believe it or not even tacos at times. One of my favorite things about Peppers ‘N At is how resourceful these guys are. They saw that interior space was limited so they turned the parking lot into a patio. They also have a chicken Parmesan sub that’s big but delicious.

Superior Motors was one of Kickstarters largest crowd funded campaigns that finished years after its initial date and built in so much hype from the infamous Chef Kevin Sousa. Nothing goes without a few hiccups but once it finally opened the place lived up to some of its hype. Setting up a fine dinning establishment in a community where the median income is $23,591 still leaves a few people perplexed but people come from all over to check out the industrial themed restaurant. If not only for the food, some people come to check out the interior as this place sits directly across from the steel mill. I’ve checked the place out and although my chicken was okay, my fav part of my meal was the dessert as the smoked chocolate left the right notes with my taste buds. I can’t argue with chocolate that’s as sweet as my personality. Also their cocktail list is long enough to make you smile.

When mentioning appreciated places in the community one can’t look past the 15104 Community Free Store started by Giselle Fetterman. The store is unique in the sense that people leave what they don’t want and take what they need as everything is free and members of the community even work there. It’s an interesting concept of trusting in your neighbor and not being wasteful.

There’s always a story in things that “used” to be. Braddock used to be a Steel Town bustling and now it’s in the stages of forming an identity that residents have become a part of. There used to be a hospital near The Overlook Townhouses on Braddock Ave but what’s coming is not a park but a plaza where residents can sit and reflect or surf the net.  The plaza is one of the latest beautification projects on Braddock Ave but it won’t be the last. It’s awesome to look to the future to see what’s next. What will Braddock become? How is such a small community lifting itself up? It takes a community to bring itself back together and build itself up and with a little involvement from a lot of people, great things can happen.