“No, we can’t be friends because you were a terrible boyfriend. What would make me think you would be an awesome friend?” – Me (2016)

People can be friends with their exes if said person deserves it. The older I get the more I realize that not everyone deserves my friendship because frankly, I’m a pretty awesome person and it took my last relationship turned situationship to realize this. I absolutely needed the back and forth, on and off, almost decade long drama to play out because that guy taught me all the things I needed to know about relationships and how to differentiate between people who deserve me and people who do not. Although my saga began long before unlimited texting and Tinder were things, they’re great now lessons too. I needed that hurt, embarrassment, and it had to fail for me to grow as a person because the only thing worse than not growing as an individual is not growing while in a relationship. No one wants to carry around dead weight.

I got some really good art out of turmoil, a lifetime worth of reflection, and saying good riddance made me love me more. On the anniversary of said breakup I sat back and reflected on what lessons I packed away before moving on and they’re just as relevant now that I’m emotionally available than they were when I was in a relationship.

I have this thing where I’ll meet someone and ask them about their hopes and dreams and what they’re doing to get there and sometimes I’m more motivated than that person about their own dreams. I’ve realized I can’t make people chase their dreams and I can’t build their fantasy for them. Take a person for who they are now rather than focusing on who I want them to be. I saw a lot of potential in my ex and was by his side since junior high and we were ride or die even when he moved around, and was homeless, but I soon realized that he had no idea where we were going. And I’m just glad I didn’t completely entertain the thought of moving across the country for him.

Start asking people if they are emotionally available.

A few summers ago I had a summer fling because after the theatrics I need fun and to focus on me without emotional pressure. So when a guy who was equally as awesome as myself told me he was only here for the summer and he wanted to be friends with benefits, I was absolutely game. By knowing the expectations and boundaries there were zero surprises. 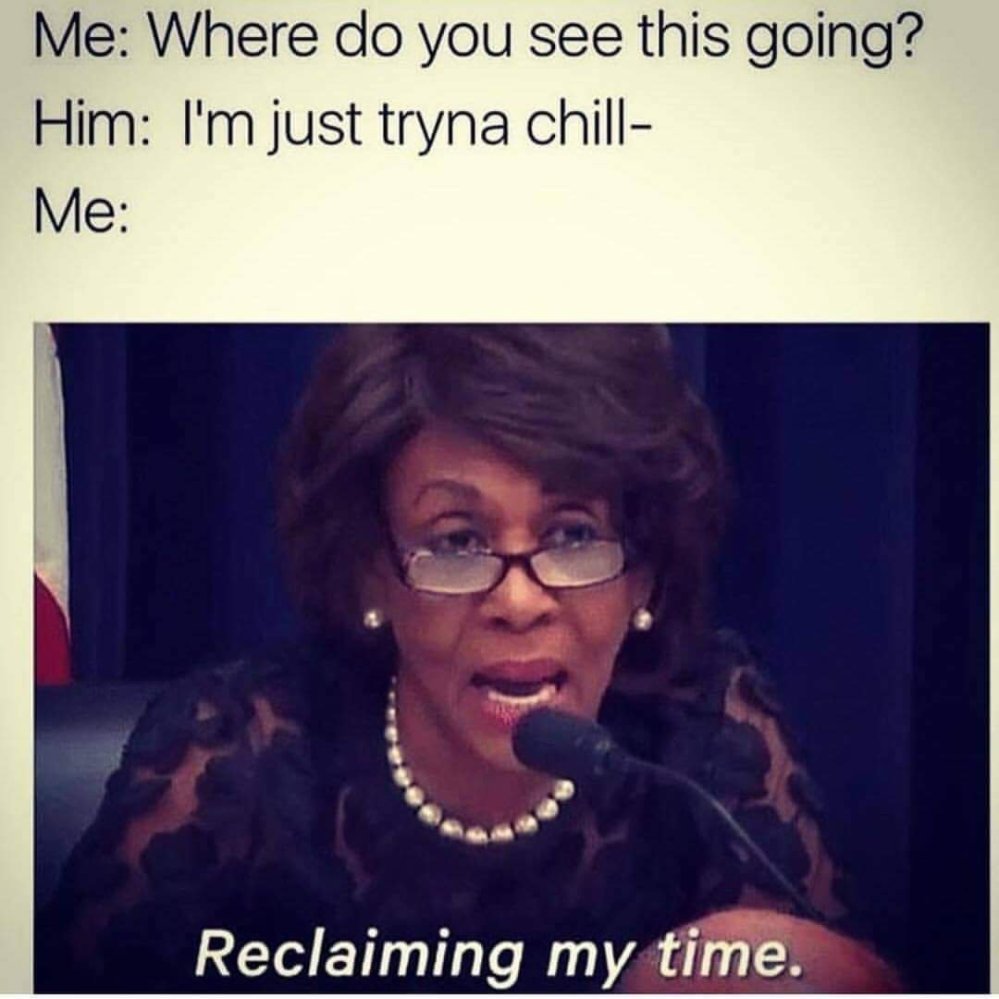 Having to ask what are we? What do you want? Where do you see this going? Those are all mature questions because knowing what both parties want made things a lot easier. Asking these things early on creates expectations and let’s that other person know what I’m bringing to the table. Like that summer fling we did a lot of things that people who were dating do but we made it clear that we weren’t dating and we weren’t together so at the end of the summer nothing would get misconstrued.

The ex taught me I can’t make anyone do anything and I shouldn’t have to force someone to walk the walk. Just saying the L word and occasionally being romantic wasn’t love. I assumed he moved closer to me and asked me to help him find a place because he wanted to work on us more and I was mistaken as after I did all that, he made the mother of his child (all the way on the other side of the country) his emergency contact (even though his landlord frequently called me). I also assumed that everything was going great before he cowardly sent me an email asking if we could just be friends as I deserve better than him (he was right on one of those things).

Stop bringing the past in the present.

Stop wasting my own time.

I wouldn’t go to a restaurant knowing what I want and tell the waiter to “surprise me.” If I know darn well I’m not interested in xyz and order xyz, it’s my fault for entertaining things that I’m not interested in. We can’t return time because we’ve wasted it. Sometimes I say yes to maybe going out with a guy because maybe I’ll like him and he’ll surprise me but that’s not how it works! If I’m not interested it’s nicer to just be upfront and say it even though guys have trouble with not taking that for an answer. I’ve told a guy I wasn’t interested before and he wanted to follow me home.

Stop trying to find love on my phone.

It might surprise you but people dated before Tinder, Bumble, Hinge, and anything else I’m forgetting was a thing. Apparently, organic experiences are awesome! I get more satisfaction in meeting people and making connections offline than I do online. To each its own but finding love the same way you find your shoes seems a bit silly but it does happen. Just imagine the stories some of these parents will have to tell their kids, “your mother swiped right and it was love at first sight.”

Start making me a priority.

I’m one of the nicest people I’ve ever met. Like I’ve given someone my last dollar because I’m an optimist and I know there are people that have it worse than me. The older I get the more I realize people take advantage of said kindness. My last relationship I was putting in all the effort to make us work and it was extremely exhausting. I learned if a person truly is interested in me they’ll make time to answer my texts/calls and make dates.

Moving on was hard but incredible after I did. I realized people will only treat me the way I allow them to and once I accepted that the past didn’t work and it wasn’t my fault it felt like a weight was lifted off my shoulder. Not all mistakes are terrible as they’re important for growth. Now I can make new and improved mistakes in my next relationship. Most of all dating should be fun, relationships shouldn’t be like pulling teeth, and don’t forget that some people don’t know how to handle awesomeness!

Food for thought: “If you can accept the things that happen to you then you can move on.” – I heard this on the Awarewolves Podcast and although I disagree with the majority of what she said that really resonated with me.