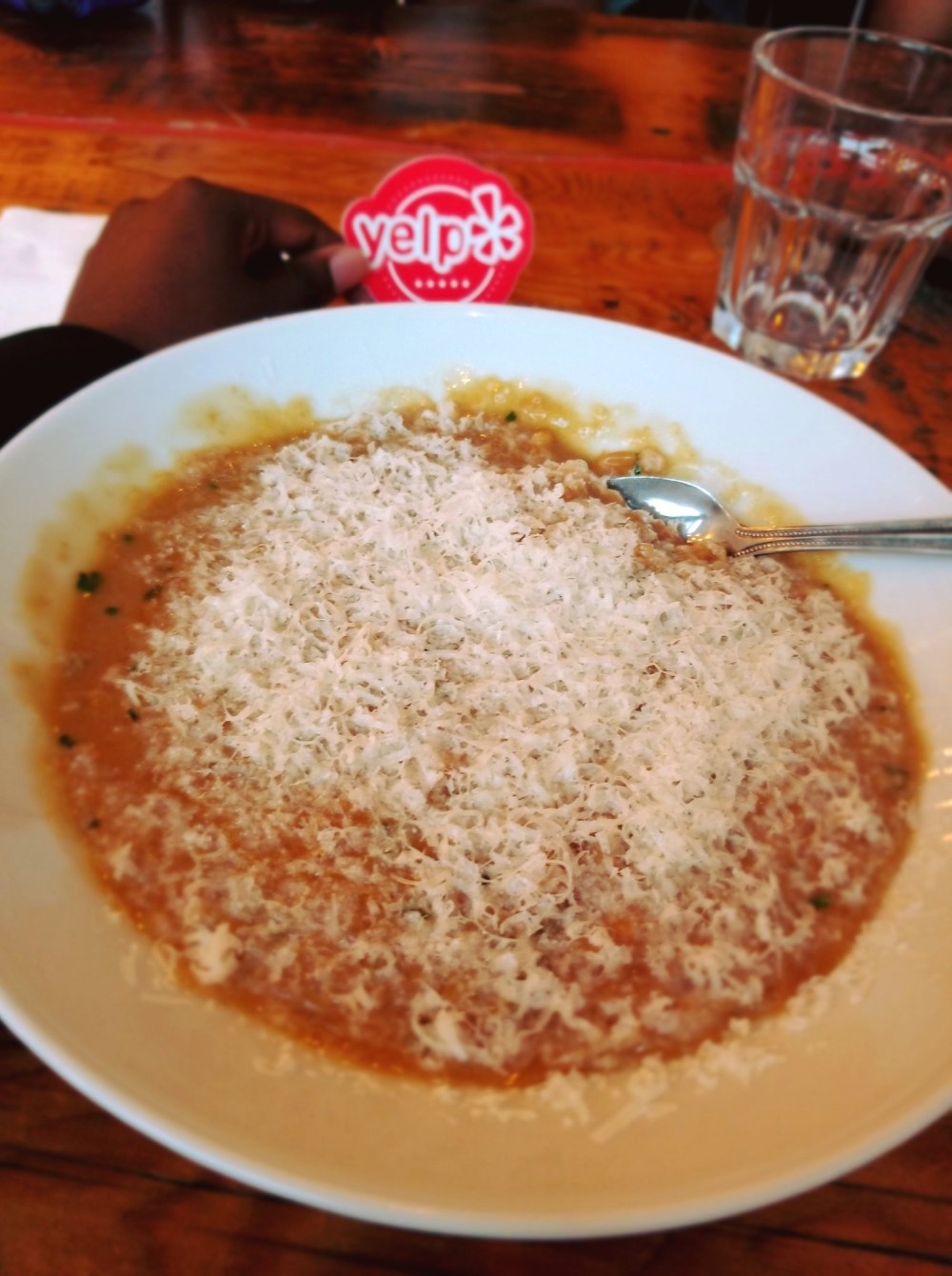 There is nothing small about Smallman Galley. Even when its jam packed with Yelpers crowding around the bar for a drink it still feels like enough space. Yes, Smallman Galley in the Strip District has an impressive wine and cocktail list but that’s not what makes this unique venue so special. When visiting here you’re essentially eating at several very different restaurants. Smallman is an incubator for chefs looking for eager mouths to feed. Think of Smallman Galley as a wingman for aspiring restaurateurs introducing them to the Pittsburgh restaurant scene. Not only are chefs given a platform/venue to feed people they’re also prepped with knowledgeable information on branding and running a successful restaurant because all they have is eighteen months to devour this information. After that the next set of chefs are ready for their shot. It’s a genius idea as there’s enough room for creativity in the Pittsburgh restaurant scene. Recently, I had the opportunity to check out the four current restaurants calling Smallman Galley home and every chef showed up with passion, love for food, and one heck of a menu.

Chef Pete Tolman isn’t from Detroit but his pizza is. He saw a hole in the Pittsburgh pizza market and that was the birth of Iron Born Hand Forged Pizza. His food is made to order with the freshest ingredients and although I didn’t get the chance to gobble up his pizza (it had pepperonis on the samples) I hear great things about his white pizza. The crust looks insanely flakey. If you can’t find a pizza you like on this menu (which is unbelievable) you can always build your own.

Colonia’s Chef Jesse Barlass ruined salads for me. I no longer want one unless it’s as exciting as Colonia’s summer salad. I had just a sample of his pepino and jicama salad and man,  everything worked in such harmony that it sealed the deal for me to come back and try the full menu. And don’t think for one minute that you’ll get canned beans or store brought tortillas because he makes everything from scratch. The idea of marrying Latin flavors from colonist cultures is brilliant. Barlass definitely knows flavor.

I don’t eat beef or pork and the sample Bahmilicious offered was a pho bone broth but that was not a deterrent. Chef Hao Le explained that mostly everything on the menu can be adapted for vegetarian as they have vegan broth. Their most popular item is their build your own pho. You could go safer with something else but no matter what you pick, you’ll leave full.

“Are you sure there’s no meat in this risotto Not even the broth?” I stared at Chef Ryan Peters of Brunoise very weary of his risotto. The flavor was unbelievable and I was just afraid I was eating something that I shouldn’t have. He assured me that nothing but love and hours upon hours of care was in the risotto. If the rest of the menu is as flavorful as his risotto, he’ll have zero problems opening up his own space. Brunoise specializes in locally sourced fine dining. You can quickly go from a burger to a peanut butter and jelly macaron.

From the outside Smallman Galley isn’t nearly as interesting as its chefs and staff that keep the place going. One thing is certain, don’t wait too long to give the galley a try because you just might miss out on the beginnings of Pittsburgh’s best new restaurant.