Staring at him laying in the hospital bed that the nurse had set up began this emptiness in my stomach that I knew would not be temporary. I thought about how he was battling cancer and pneumonia and the doctors sent him home saying there was nothing else they could do for him.  I thought about how the toffee colored leather couch used to be where his bed is. He can’t get up to walk to the bathroom, he can’t get up to eat, and he just looked so miserable.  I can’t bring myself to look at my seventy-six-year-old grandfather now. His grey short hair is thinning; his face looks like he’s lost. He has a mask covering his mouth hooked up to the oxygen machine next to his bed helping him to breathe. If the room was quiet enough I could hear his breathing. His breathing always sounded as if someone was hovering over him sucking his breath away. It seemed like a constant struggle. Staring in his dark brown eyes like mine, I can sense his pain. I can feel his struggle.   He looks tired and he sounds like he struggling to speak. That’s why when Uncle Robert urges us to speak because “he doesn’t have long. ”

I can’t bring myself to do it.

I don’t like to see him struggle or in pain. This is not the same person who practically helped raise me. I do recall picking up his tired dark brown wrinkled hand and staring in his eyes. I guess it was my way of showing him some sense of affection and silently letting him know how much I loved him.  This person in front of me helped teach me so many things in life. I’m pretty sure he had a lot to do with helping raise me since my mother was just twenty one when she had me. Besides physically teaching me how to walk Pap taught me how to stand up for myself and believe in myself.

I remember things like staying up all night with Pappy and watching Lifetime movies or something interesting on the History or Discovery Channel. He’d fall asleep on me most of the time but his company was all that I needed. I remember coming home from school and getting some of the fresh baked goods he had picked up from the Gunther’s Bakery on the Avenue.  I laugh now thinking about how he would yell at me and my little brother when we argued. He’d always say “Hey cut that out”. He’d call me Muffin or “Muff” for short. I wasn’t allowed to repeat what he would yell at my brother when he was upset.  He was a pretty stand up type of guy. He even got me to drink coffee with him and I’m not a coffee person. 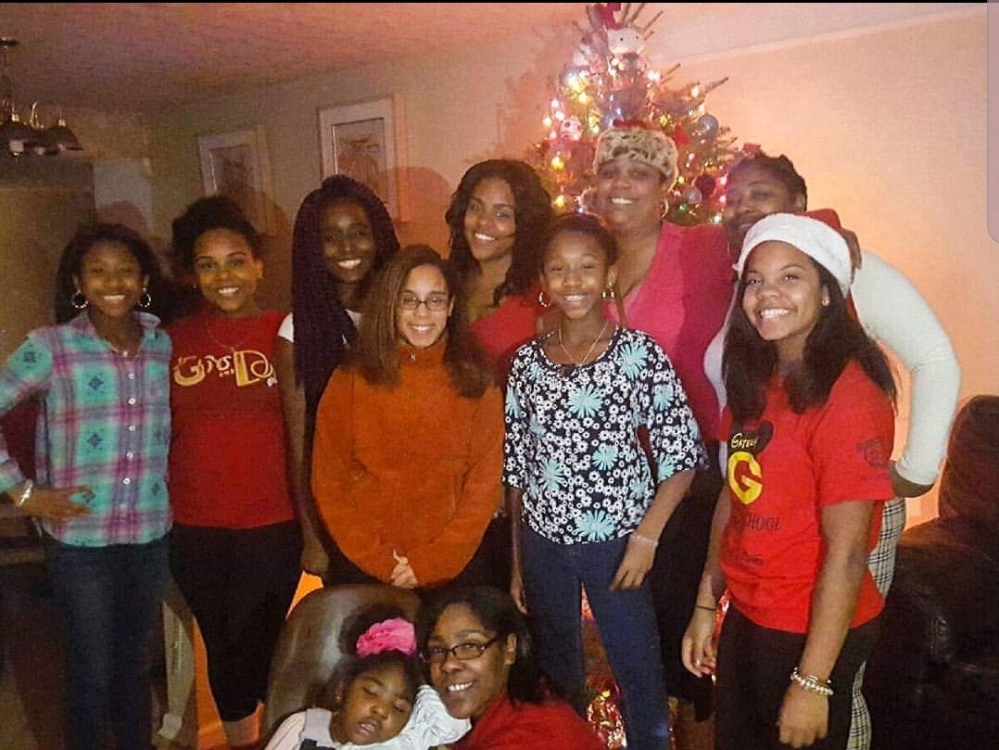 “Let him put on his dad’s tux, ” my mother insisted frantically running around making sure all of us were dressed to look our best. She was holding up pretty well being that Pappy passed away in front of her. She knew my father wouldn’t care about my brother borrowing his expensive black suit being that my father couldn’t wear his suit. I stared at my mother amazed at how well she held her true emotions in. Staring in her deep dark brown almond shaped eyes that resembled mine I could tell she was breaking down inside. I’ve figured that’s where I’ve inherited my emotional wall from.

Everyone wore different shades of black and the mood was just as dark as the color. “He needs to get himself together. We’re leaving. We’ll make it there. We don’t want to be late.” My mother ranted a few minutes later. She was yelling at my older brother for being in one of his moods again.

Today wasn’t a great day to be into a mood. We had to pay respects to my Pap and we had to be on time. We did make it there and appear well put together. My oldest brother was nowhere in sight but we figured he’d make it there and get himself together which he did thankfully for the sake of everyone. We didn’t need an argument at a funeral.

I attended his funeral physically but mentally I missed it. I was too busy thinking about what the doctors could’ve did? Why did god choose him? I was wondering if it was weird I didn’t want to cry because I knew Pappy wouldn’t want me to. I was holding everything inside.  Millions of little thoughts flooded my mind. I sat towards the front row of the crowded church. My mother sat on one side of me and another family member on the other side. My hands sat on my lap and I didn’t move or speak during the service. Everyone said kind things about my Pappy, I imagine. When it was everyone’s turn to get up and see him.

I couldn’t do it.

I didn’t get up and look at my Pappy laying in that casket. That wasn’t my Pappy in there. That man wasn’t who I’ve lived with, laughed with, and it seemed like he was gone and his body was left sitting in some fancy box all dressed up in fancy clothes. It would be creepy to see him so I just sat and stared ahead watching everyone cry. That was when my mother broke down and cried and I held her tightly and gave her my shoulder.  It had yet to sink in and I refused to believe he was gone.  Holding her hand I let out a very heavy sigh and leaned over hugging her assuring her that everything would be okay. Deep down I wasn’t so sure I was hoping myself that everything would be okay I didn’t want the face the pain that’s why I never took that one last look at him in that casket.

Sitting in the black Hearse with the two of my brothers and my mother I was still in disbelief. Couldn’t believe I was at my first funeral and it was my Pappy’s at that. I still remember a few days ago my mother had called my job and they insisted that I leave and there was a family emergency. I dashed out of the grocery store with a feeling of terror hoping the unthinkable didn’t happen. When my mother pulled up in her car to get me the sadness was over her face and I knew what she was going to say before she even said it.

“He’s gone” in more than a few words she told me barely being able to get it out of her mouth.  Her eyes were red as if she had done her share of crying and the distraught was all of her face. My mouth dropped and I couldn’t believe it. All of my aunts and uncles took turns watching my Pappy as he laid in that bed in the basement fighting for his life. My mother was last and it was on her watch is when he took his last breath. She was pretty frantic about it. She picked up her cell phone dialed Denise’s number knowing she was close and she knew her stuff about the medical business and Denise instructed her to figure out if he was still breathing.

“I don’t know what to look for. How will I know? I’m not a doctor.” She screamed over the phone and Denise did end up showing up at the house.  He was pronounced dead a few hours later.

That evening I didn’t even get a chance to shed my uniform we went straight to my Aunt Kitty’s house where my Pap was staying in his hospital bed. Everyone was crying about it at first and my mother just couldn’t stop saying “It was like a movie. I saw him take that last breath and his mouth just closed it was scary.”

Then we started to remember the things we loved about him and not the fact that he was gone.  “He was always a good fella that Lou Berry was always sharp. He dressed to impress everywhere he went. ” My uncle laughed with a bottle of beer in his hand reminiscing on my Pappy’s taste in clothing. He did have a fancy swag as the young people would’ve put it today.

“Remember that one dance he would always do no matter where he went out to? He loved to party. Pappy could get down. ” My cousin Rhonda would laugh.  My Pappy always said he was happy with his life. He got to see his children grow up, his grandchildren and even his great children. What more could a man his age want? That night it was more of a family coming together celebrating. A few people drank including my mother making it the first time in years. But it was quite understandable to us. My mother was dealing with so much at the time.

Sitting back observing all the activities I was in awe. “What would it be like without him?”

That ride to the cemetery seemed like forever. The silence was a thick one. I just stared at the window lost in my thoughts. I didn’t even take the chance to admire the nature. I felt like all I could do was breathe. Speaking would be too much. No one seemed to notice I was quiet which was rare of me. I was never put in such a situation. I was too young to attend a funeral when my grandmother passed.  I was dreading getting out of the car when we pulled up to the North Braddock Cemetery at the top of the hill. Everyone crowded around the gigantic hole in the ground and my eyes went around staring at the circle of people.

The words the pastor spoke weren’t words. It was all silence to me. When I saw the casket being sunk into the ground that’s when reality sunk in. He was gone and we had all lost him forever. I don’t recall whose jacket I had on or who was standing behind me but I felt this soft wind blow and chills through my body.  My knees began to sink into the ground and someone reached out to me and held me as I cried and as I was escorted off the grass. I couldn’t take the reality. It had come too fast.

There isn’t a bakery shop on the Avenue anymore; no one sits on the couches anymore in the living room watching movies like we did. The red porch doesn’t have a chair where he used to sit now it just sits empty. There’s no one to call me “Muff” like he used to. There’s no more him, all we have left are our memories but I feel like we all had our time with him and not a second was taken for granted. He had a way of making people feel warm. We all now cherish those moments. The younger generation like the cousins and nieces of him, all learned valuable lessons revolving around family and life. We all learned that no matter how dysfunctional our family could be when we needed each other we would all be there whether we wanted to or not. 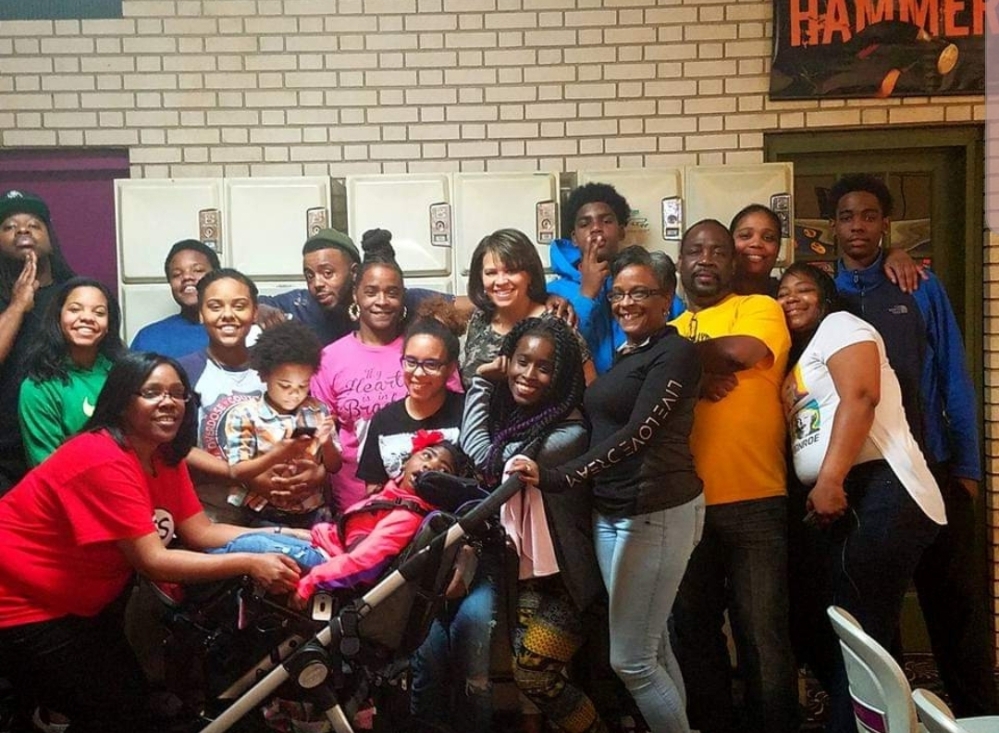